A journey through past and present-day slavery

The Copenhagen Workers’ Museum in Denmark is staging an exhibition, entitled “Stop Slavery”, on past and present-day slavery. It tells the story of the struggle against slavery across the centuries – from the transatlantic slave trade, to modern-day slavery and the 50 for Freedom campaign.

The museum Director Søren Bak-Jensen spoke with the 50FF team.

Why was it important for the Workers Museum to address slavery?
SBJ: The Workers’ Museum tells stories about the labour movement in Denmark and its contribution to creating a society based on liberty, equality and solidarity. Slavery is an extreme violation of these principles and everyone should contribute to eliminating it.

Slavery can be observed throughout history and is still a very real problem today. With this exhibition, we would like to draw attention to this fact and motivate people to support the fight against slavery.

Can you give us a flavour of what is on show and the major themes addressed in the exhibition?
SBJ: Through the display of historical artifacts, images, archival material and personal accounts, the exhibition tries to relate the experience of becoming enslaved.

It shows that the production of commodities – especially sugar – in colonized territories was an extremely profitable business in the 17th and 18th Centuries. The use of enslaved workers from Western Africa allowed the Danish state and Danish plantation owners to accumulate enormous wealth. Denmark was among the countries most active in the trans-Atlantic slave trade and the profits from that trade can still be observed in Copenhagen, in the shape of mansions built with money made from trading people and sugar.

But most of all, the exhibition shows how slaves were constantly engaged in a struggle for freedom and to be treated as human beings. This ranged from being obstructive in their everyday work on the plantations, to the poisoning of slave owners, to outright rebellions and ultimately suicide. To me, this unbroken trail of resistance to being enslaved is the strongest testimony to how slavery has always been wrong, even when many people thought it was acceptable. 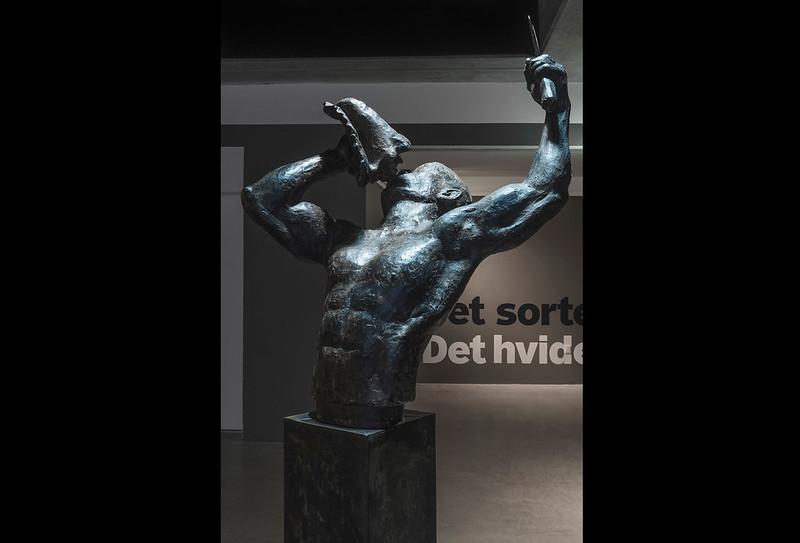 One of the rooms is dedicated to modern slavery. Why is it important to highlight the connection between the past and the present?
SBJ: A lot of people do not realize that slavery is a problem today. Most people think of slavery as something removed from their daily lives and connected with a distant colonial past. The fact that 21 million people are enslaved today is often met with scepticism, and even more so if you add that modern slavery happens all around us, hiding in plain sight.

Making the connection between historic and present slavery can help people realize the horrible human consequences of modern-day slavery. It also highlights the fact that slavery exists today for basically the same reasons as it always has: there are huge economic benefits to be reaped for those who organize the trade and control the work, closing their eyes on the dreadful consequences slavery has for individuals and societies.

Your museum has set some goals in support of the 50 for Freedom campaign? Can you tell us more?
SBJ: The 2014 ILO protocol against forced labour is a powerful step in the fight against modern slavery We hope to make a substantial contribution towards encouraging the Danish government to ratify the protocol.

By the end of the exhibition, we hope that 5,000 people in Denmark  will have signed up in support of the 50 For Freedom campaign. In addition, we would like to introduce some of the organizations and initiatives that raise consumers’ awareness about modern slavery and promote trade that supports decent work.

What would you encourage people to do to help end modern slavery?
SBJ: Think about where goods come from and how services are provided. Which production chain are you actually supporting when you buy a product or benefit from a service? In a globalized economy, these are nearly impossible questions for an individual to answer. So our concern should be translated into concrete action, by supporting and putting pressure on those organizations and institutions that  can carry out the proper investigations and bring the issue of modern slavery high on the international agenda as it should be.

Everyone can contribute to the fight against slavery – and out of solidarity with the men, women, and children living as slaves today, and with those who have fought against enslavement in the past – I think everybody should.